Coronavirus in Bulgaria: New Ban to Be Imposed Tomorrow 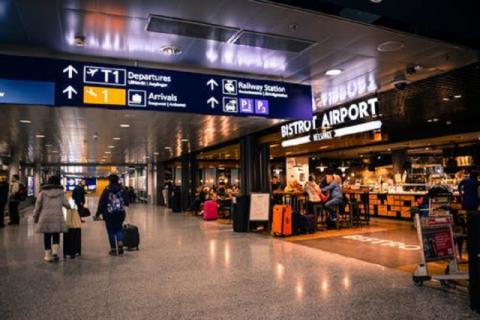 From 1 December to 31 January, a temporary ban on entry into the territory of Bulgaria from certain countries is introduced. The measure is regulated under the order of the Minister of Health Prof. Kostadin Angelov.

The restrictions will be in force at all checkpoints - on air, sea, rail and road borders.

All passengers arriving from a starting point of departure from third countries, apart from the exceptions specified in the order, shall be admitted to the territory of the Republic of Bulgaria after showing a document with a negative result of a PCR test carried out up to 72 hours before entering the country counted from the date of the test specified in the document.

Transit is allowed only in cases where immediate departure from the territory of Bulgaria can be guaranteed.

Bulgarian citizens and persons with permanent or long-term residence status on the territory of Bulgaria and their family members who do not submit a document showing a negative result of a PCR test carried out up to 72 hours before entering the country will be quarantined for a period of 10 days at home or other accommodation place where the person will reside, on a prescription issued by the Director of the regional health inspectorate concerned or an official authorized by him.

When a passenger with COVID-19 is found on board an aircraft that has landed on the territory of Bulgaria, cabin crew members who have served the passenger with COVID-19 will not be scheduled for a further flight and will be quarantined for a period of 10 days with a prescription issued by the Director of the relevant regional health inspectorate or an official authorized by him.

Kindergartens for the children of medics will be...