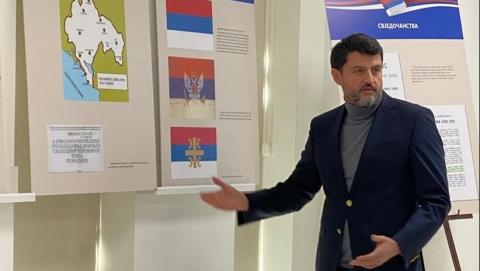 Serbia initially then withdrew hospitality to the Montenegrin ambassador, Tarzan Milosevic. However, a day later, on November 29, Serbian Prime Minister Ana Brnabic cancelled that decision, saying Belgrade wanted to extend "the hand of cooperation and friendship".

On Sunday, Varhely urged the Montenegrin government to make the same gesture. "I call on Montenegro to do the same. Respect for good neighbourly relations and regional cooperation are cornerstones of EU enlargement and the Association and Stabilization process," Varhely wrote on Twitter, referencing the EU membership ambitions of both states.

The Montenegrin Foreign Ministry accused Bozovic of repeatedly interfering in Montenegro's affairs, noting that the ambassador has received both verbal and written warnings to desist.

Instead, while addressing the Serbian National Council conference in the capital, Podgorica, Bozovic had described the decision of a Montenegrin assembly, summoned in 1918, to unify with Serbia, as an act of "liberation and free expression of the people's will to unite with fraternal Serbia".

In 1918, a hastily convened assembly ruled that Montenegro would become part of the new Kingdom of Serbs, Croats and Slovenes, later known as Yugoslavia. Its democratic mandate and right to abolish the ancient state have been a contested issue ever since.

In 2006, Montenegro declared independence, becoming a sovereign state once again for the first time since...