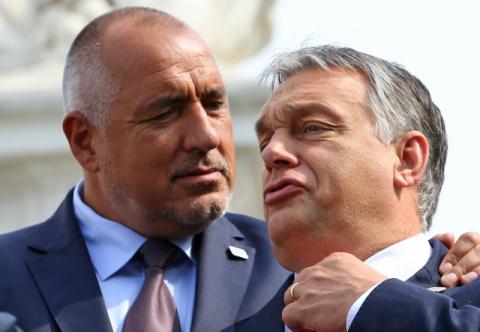 Under this title Financial Times published an article of the political corruption and growing populist nationalism in Bulgaria under the government of PM Borisov and his ruling party - GERB.

"EU funds have increased the corruption in Bulgaria. In particular, they have been used to buy - directly or through public procurement - most of the media and thus to cover up the actions of the politicians". A quote by Simeon Dyankov, Minister of Finance in the first government of Boyko Borissov (2009-2013), says in an article in the Financial Times - right after Bulgaria joined the EU. The publication describes that there is growing concern in Brussels about tolerating corruption and hiring loyal, but incompetent, people in the administration. Examples were used not only from the domestic but also from the foreign policy of the current government in Sofia.

A comparison is made between Bulgaria and Romania as similar countries. However, the Financial Times describes that Romania was sharply criticized in 2018 by Brussels for the ruling Social Democrats' encroachment on the independence of the judiciary. Some diplomats say that probably less attention was paid to Bulgaria then, because Brussels did not want to criticize both representatives of the 2007 class at the same time. The turn to authoritarianism in Central Europe and the change of government in Bucharest in 2019 changed this approach.

The article lists some of the criticisms in the European Commission's first report on the rule of law in Bulgaria this autumn, including non-transparent media ownership, pressure on journalists and attempts to change the law on NGOs in a way that was rejected this summer by the European Court of Justice on similar case for Hungary.

There are also no results...