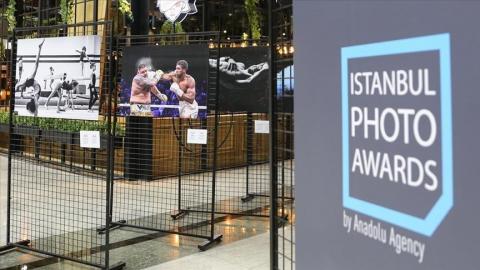 A second exhibition featuring a selection of the awarded photographs at the international news photography competition Istanbul Photo Awards 2020 opened on Nov. 27 in Istanbul.

The exhibition, organized by Turkey's state-run Anadolu Agency with the sponsorship of Turkish Airlines (THY), will run for a month at Sabiha Gökçen International Airport.

More than 10,000 photo applications were made from around 100 countries to the competition, where the photos that entered the top three were determined by evaluating singular and serial photos in news and sports. Due to the pandemic, the jury session evaluated the submitted works and determined the winning photos online.

The photograph titled "Hong Kong Protests" taken for the New York Times by photojournalist Yik Fei Lam was deemed worthy of the Photo of the Year Award.

A total of 12 awards were given to works addressing protests, conflicts, environmental disasters, sports activities and human stories in countries ranging from Palestine to Indonesia.

The photo album with winning photos and stories can be reached on www.istanbulphotoawards.com.