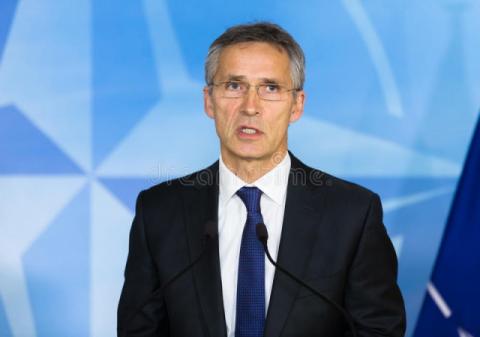 NATO Secretary General Jens Stoltenberg expressed hope that trans-Atlantic relations between NATO allies would improve after Joe Biden's election as President of the United States. Stoltenberg said this ahead of the video conference of the Pact's foreign ministers tomorrow and the day after.

"President-elect Joe Biden is a strong supporter of NATO and he knows the organization well," Stoltenberg stressed. He added that good trans-Atlantic relations are important for both Europe and the United States, especially because the global balance of power shifts as China rises:

" "Sometimes when I go to the United States, I hear that people are concerned about the size of the Chinese economy, their defense budget, advance in different technologies. My message is that then it is even more important to keep friends and allies closer within NATO."

Tomorrow and the day after tomorrow, foreign ministers will also discuss reducing the military presence in Afghanistan.

Stoltenberg said he had discussed the issue with Biden, adding that the Pact faces a dilemma both if it stays and if it leaves the belligerent territory.

In the first case, this will mean that the Alliance's military commitment continues and withdrawal will put at risk what has been achieved so far.

In the first case, this will mean that the Alliance's military commitment continues and withdrawal will put at risk what has been achieved so far.

Vučić: This is an amazing thing; I will be vaccinated in seven-eight days VIDEO/PHOTO
The Largest Militaries in the World (infographic)

Another Setback for WHO Mission in Wuhan, Two Members Had Coronavirus Antibodies

Bulgarian Virologist: With SARS-CoV-2 Nature Shows Us We Have a Lot to Learn