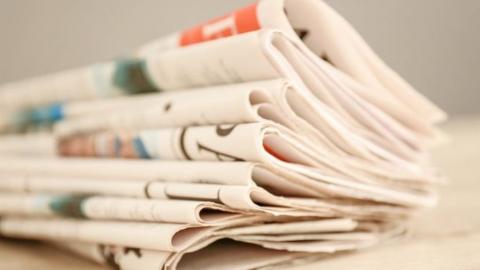 Ljubljana – Monday’s commentary by the business daily Finance paints a picture of an arrogant government in Slovenia along with an incompetent opposition “and us in the middle, dividing ourselves”.

The paper says the current government is following the previous ones in shamelessly filling its pockets with public assets, a practice that it says dates back to the 12-year rule of the former LibDems, who demonstrated in the 1990s how easy it is to manipulate with the masses.

Finance singles out as the pinnacle of current political arrogance the purchasing of the shares of state-controlled energy trader Petrol by Environment Minister Andrej Vizjak – “who has basically taken over Petrol with his friend Darij Južina” – and the subsequent proposal for the appointment of the head of Vizjak’s office for Petrol’s chief supervisor.

“Making me even more concerned than the arrogance of politics..is the resigned attitude of the people, who have been fed, by left and right politics alike, the mantra that all needs to be state-owned or face collapse,” the commentator says under Farce.

Finance speaks of negative selection, of the grabbing of assets becoming ever more aggressive and of increasingly incompetent management of state assets.

“The staffing at Petrol is only the top of the iceberg arising from the cesspool we are living in. Pardon my French, but crap has invaded each and every corner of the (political) management of the country. What is more, all of this involves not only the PR machinery, but also the intelligence, security and justice machinery.”

Especially worrying is that experts have also become submissive to daily political goals, the paper says, arguing this was showing in the ineffective handling of the epidemic.

Finance goes on to reject the current opposition as an alternative, arguing that it already demonstrated that it is a failure, that it is probably secretly hoping it will not have to take over and that those behind the current joint efforts of the opposition destroyed each and every past project they have ever taken on.