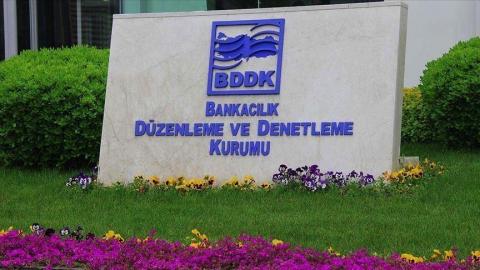 In its most recent move to contribute to the well-functioning of markets, Turkey's banking watchdog on Nov. 30 raised the ceiling ratio of domestic banks' Turkish-lira transactions with foreign financial institutions to 2.5% of their equity.

The Banking Regulation and Supervision Agency (BDDK) had in May announced that banks' total lira placements, deposits, repo, and loans banks to non-resident financial institutions - including their non-resident financial subsidiaries, affiliates subject to consolidation, and their branches abroad - would not be able to exceed 0.5% of their most recently calculated regulatory capital.

Overdraft lira loans paid within the same day and given by banks to non-resident financial institutions as above, will not be subject to this limit.

Last week, the authority also declared it would repeal the calculation of the Asset Ratio (AR), as of the end of 2020 as part of its normalization steps.