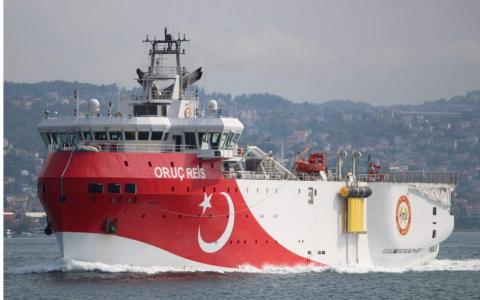 Turkey's seismic exploration vessel Oruc Reis returned to port on Monday from disputed Mediterranean waters, less than two weeks before a European Union summit where the bloc will evaluate possible sanctions against Ankara.

NATO members Turkey and Greece have conflicting claims to continental shelves and rights to potential energy resources in the Eastern Mediterranean. Tensions flared in August when Ankara sent Oruc Reis to map out energy drilling prospects in waters also claimed by Greece.

Turkey withdrew Oruc Reis from contested waters ahead of a previous EU summit in October to "allow for diplomacy", but later sent it back after what it called unsatisfactory outcomes from the summit. Earlier this month, Turkey said Oruc Reis would operate in the region until November 29.

The Energy Ministry said on Monday the vessel had completed a mission which started on...