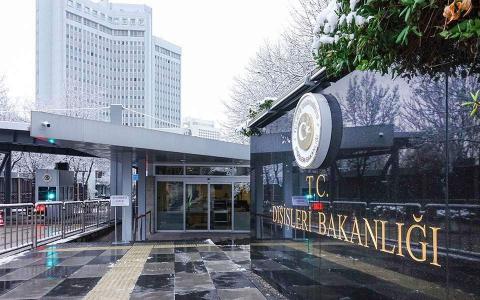 Ankara is ready for dialogue with Athens without preconditions, Turkish Foreign Minister Hami Aksoy said Tuesday, adding that setting a date for exploratory talks between the two sides is now possible since the Oruc Reis research vessel has suspended its operations in the Eastern Mediterranean.

Greece had repeatedly said it would not engage in exploratory talks with Turkey as long as the ship remained in its continental shelf waters.

The Oruc Reis returned to Antalya port Monday, less than two weeks before a European Union summit where the bloc will evaluate possible sanctions against Ankara.