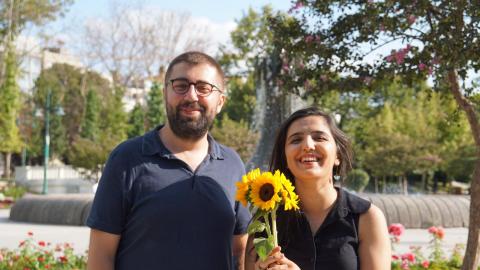 While Turkey's worsening economic crisis and identity politics and its leader's foreign policy decisions are generally seen as the country's most important issues, environmental problems are mounting up in the background.

A recent increase in mining licences, decades-long energy policies, grand construction projects and poor monitoring of pollution have all had damaging consequences.

And while there is no sign of the current government focusing now on Green politics, a new Green Party, established in October, plans to bring a new approach to politics, ecology, the economy and more.

"As can be understood from our name, our party will clearly work on the environmental, natural and climate crisis. But we also wish to bring solutions to the social and economic problems of Turkey - and the world," Koray Dogan Urbarli, co-spokesperson of the Turkish Green Party, told BIRN.

Urbarli said the party's motto, "Our house is burning", reflects its aim to extinguish those fires. "This is a clear indication of climate change, but it also emphasises the social and economic crises of Turkey," Urbarli added.

Although the new party was established only a month ago, the Turkish Green movement is nearly 30 years old, having inhabited different structures with several ups and downs on the way.

"The first Green Party in Turkey was established in 1988 and obtained good public support, with large protests and the participation of celebrities," Urbarli...