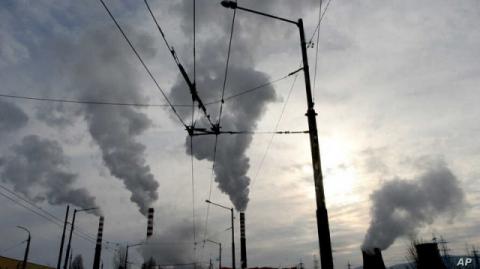 There were no fines attached to the ruling.

Bulgaria's Environment Ministry said in a statement the use of wood and coal for heating as well as the large number of old cars caused the air pollution in the EU's poorest member state and said it was working with institutions to improve the situation.

"It is necessary to mobilize the efforts of all parties concerned and the active support of the people," it said.

Apart from Bulgaria, the European Union executive has begun legal action against 15 countries over breaches of air quality standards, including particulate matter. The ECJ is currently reviewing a case against Poland.

The ruling, the first time the court has endorsed EU air pollution rules, was seized upon by campaigners as a precedent for other cases.

"The Court of Justice has opened the door for major progress in Europe's fight for clean air and clarified that people's health comes first," said Ugo Taddei, a lawyer for ClientEarth.

The European Commission has estimated premature deaths attributable to air pollution in 2013 at 13,700 in Bulgaria and around 400,000 in the EU as a whole./Europe