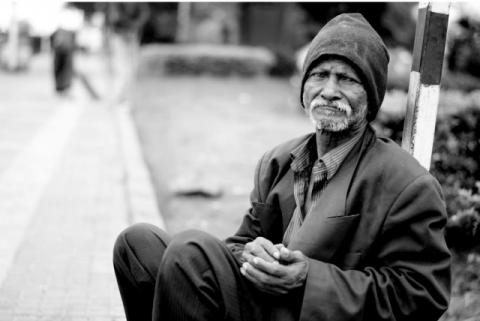 The pandemic could push as many as 32 million people in the world's least developed countries into extreme poverty, a new UN report has said. Without international action, global development goals will be missed.

The world's least developed countries (LDCs) will experience their worst economic performance in 30 years in 2020 due to the pandemic, the United Nations Conference on Trade and Development (UNCTAD) said in a report released Thursday.

In its Least Developed Countries Report 2020, the intergovernmental body, which seeks to help developing economies navigate a globalized economy, predicted that falling income levels, widespread unemployment and growing fiscal deficits caused by the pandemic could push as many as 32 million people into extreme poverty in the 47 countries designated as "least developed."

While the initial health impact of the coronavirus has been less severe in these countries than many feared, the economic impact has been devastating, the report said. Economic growth forecasts for these countries were revised down from 5% to -0.4% between October 2019 and October 2020, which is expected to lead to an overall drop in per capita income of 2.6% in 2020.

"The least developed countries today are undergoing the worst recession in 30 years," UNCTAD Secretary-General Mukhisa Kituyi wrote in a foreword to the report. "Their already low standards of living are falling. Their stubbornly high poverty rates are rising further, reversing the slow improvement they had achieved prior to the pandemic. Progress towards achievements on nutrition, health and education are being undone by the onslaught of the crisis."

Experts believe that previous experience handling epidemics as well as...