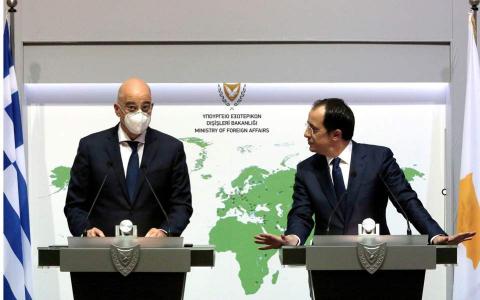 Turkey's recent moves to de-escalate a clash with Greece and Cyprus over east Mediterranean energy reserves are "unconvincing" and European Union leaders need to take action that will prompt Ankara to heed international law, Greece's foreign minister said on Friday.

Nikos Dendias said Turkey opted not to seize an opportunity that European Union leaders offered it in October to ease tensions in the region so that the 27-member bloc could start reshaping its fraught relations with Ankara.

Turkey last week ordered the research vessel Oruc Reis back to port after completing what it said was seismic research in east Mediterranean waters. The warship-escorted vessel's activities in waters where Greece asserts jurisdiction prompted a military build-up between the two neighbors and nominal NATO allies.

Greece countered by also sending its warships, and both countries...