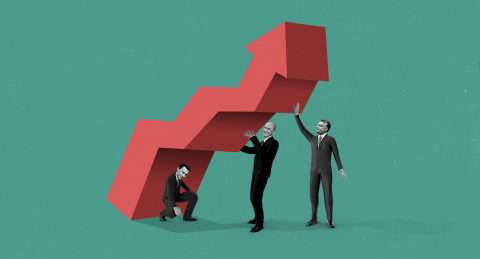 The Planet TV buyer, TV2 Média Csoport Zrt, was reportedly co-owned by Jozsef Vida, one of the wealthiest Hungarians, described as a member of the business circle around the ruling Hungarian party of Fidesz.

Among the owners of the Hungarian companies were Peter Schatz and Agnes Adamik, who later changed her name to Agnes Kovacs. They both previously worked for the Hungarian state broadcaster. Also involved was Arpad Habony, as a co-owner of Hungary's Modern Media Group.

Nova24TV is co-owned by members of the Slovenian Democratic Party (SDS), which is headed by the current premier, Janez Jansa, one of the main allies of Hungarian Prime Minister Orban in the EU. The investment was reportedly backed by Karoly Varga in 2016, a billionaire whose construction companies have been among the biggest winners of the public contracts handed out by the Hungarian government in recent years.

Following that deal, Peter Schatz's R-post-R acquired a majority share in Nova obzorja, the publisher of Demokracija, a political weekly co-owned by the SDS.

Macedonian charges made against Hungarians

The financial police told BIRN Schatz made illegal gains for himself and his company CHS Invest Group, which is a majority owner of Alfa TV.

Loncar: "We are worried about a new strain of coronavirus, it has arrived in Hungary"
Romanian Academy's head: Day of National Culture comes with Eminescu