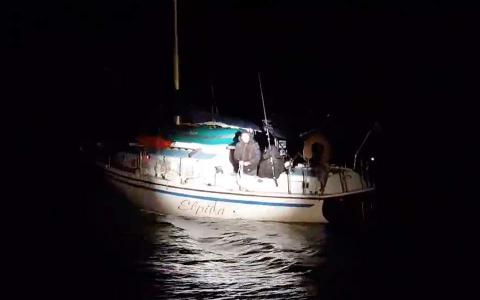 Italian police on Saturday arrested 19 suspects, dismantling what authorities say was a criminal organization that moved migrants from Afghanistan, Iran, Iraq and Pakistan to Italy and then into northern Europe.

The investigation, led by prosecutors in Catania, Sicily, unveiled a network that involved hired or stolen sailboats transporting migrants via Turkey and Greece to Italy. Some then traveled north to the French border and were smuggled by vehicle into France, thanks to human smugglers based in border towns, police said in a statement.

One of the alleged ring's bases was in Bari, southern Italy, where false documents were issued indicating the migrants had housing, a requirement for residency permits. Other bases were in Milan and Turin in northern Italy as well as in the town...