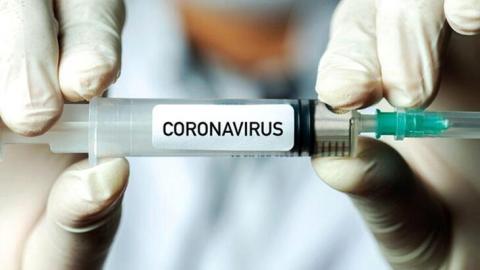 Global coronavirus infections surged past 65 million on Dec. 4 even as countries doubled down on restrictions and plans to roll out vaccines gathered pace.

The World Health Organization warned against complacency and what it said was an erroneous belief that because vaccines are on the near-horizon, the Covid-19 crisis is over.

"Vaccines do not equal zero Covid," WHO emergencies director Michael Ryan told a virtual news conference, adding that not everyone will be able to receive it early next year.

Britain on Wednesday became the first Western country to approve a vaccine for general use, piling pressure on other countries to follow suit swiftly.

Other nations are also moving ahead with plans to roll out the vaccines. The United States is expected to give a green light later this month.

Belgium, France and Spain have said jabs would begin in January for the most vulnerable.

WHO director-general Tedros Adhanom Ghebreyesus said that progress on vaccines "gives us all a lift and we can now start to see the light at the end of the tunnel".

However, he expressed concerned that there is "a growing perception that the pandemic is over" while in reality the virus is spreading fast in many areas, putting enormous pressure on hospitals and health care workers.

The US is among the countries posting all-time highs in daily deaths this week along with Italy, which is undergoing a dramatic resurgence after it largely tamped down its earlier outbreak by enforcing a strict lockdown in the spring.

The pandemic is showing little sign of slowing, with the daily global death toll in recent weeks reaching its highest rate since the virus emerged in China late last year.

It accelerated again in Latin America and the...