Milo Djukanovic: "I have no communication with Vučić"; "Amfilohije did not beat me" 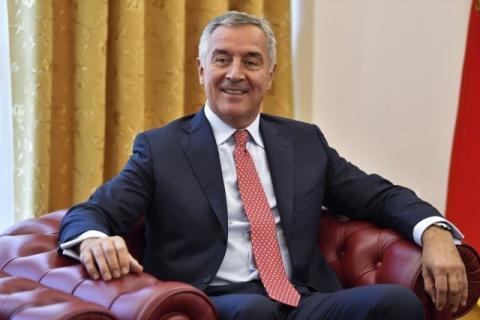 In that interview, Milo Djukanovi said that he had no communication with the President of Serbia, Aleksandar Vui, or a business relationship. On Vui's visit to Montenegro during the funeral of Metropolitan Amfilohije, he says he sees it as private.
"When I go on a private visit to Belgrade, I do not call any of my colleagues in the state government in Serbia," he said.
"In the previous period, I had communication that is implicit for people who perform the functions of the heads of states of neighboring countries," he said.
Commenting on the writings of some media that he has business relations with Vui, he answered: "It is absolute nonsense whoever said it. I have no hidden jobs in Montenegro or abroad, least of all in Serbia."

EU letting him down the drain

He rejected the assessments that the international community "let him down the drain".
"In order for someone to let someone down the drain, they had to help them keep their head above water beforehand. Neither Montenegro nor me personally have ever been helped to keep our head above water. On the contrary. Just recall the referendum. Did you recognize someone, from our partner international community, to support us back then? No", Djukanovic said.
As he added, no one can let him down the drain because he "kept to his integrity all the time, independently and responsibly deciding on issues concerning Montenegrin interests".
"I can say that in several such situations when I did not have the understanding of the international community, it turned out later that I made the right decision," he said.

Why he wasn't attending Amfilohije's funeral

The Montenegrin President said that the Democratic Party of Socialists bears part of the responsibility...