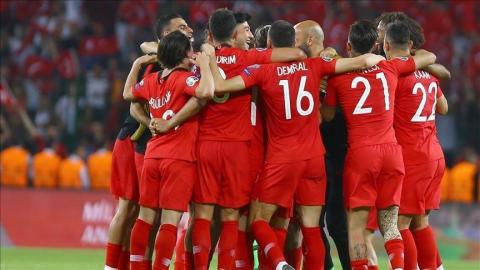 The Turkish National Football Team's opponents in the European Qualifiers for the 2022 FIFA World Cup were revealed on Dec. 7.

Turkey will play against the Netherlands, Norway, Montenegro, Latvia and Gibraltar in the European Qualifiers Group G.

The draw was held in Zurich, Switzerland via videoconference amid the coronavirus pandemic.

The qualifiers will start in March 2021 and will end after matchday 10 in November that year.

Only the group winners will directly qualify for Qatar 2022.

The 10 group runners-up will advance to the playoffs to be joined by two others from the 2020/21 UEFA Nations League.

These 12 will be in "three playoff paths for one-off semifinals and a final." The three path winners will each reserve their places for Qatar 2022.

The playoff stage will be held in March 2022.

There are 13 berths from Europe for the upcoming World Cup.