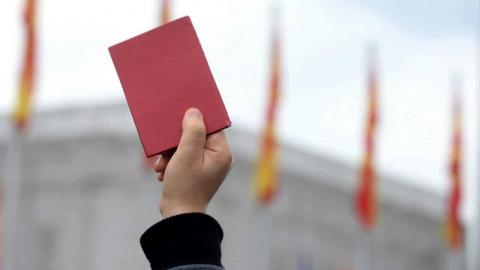 The non-governmental Coalition Margini together with the Network for Protection against Discrimination has filed a lawsuit, demanding the removal of a university textbook that blames women for the rising number of divorces, condemns abortion and classifies same-sex partnerships as debauchery.

The textbook in question, Fundamentals of Personology, published in 2018, is used in the curriculum of the Faculty of Philosophy at the country's biggest Sts Cyril and Methodius University in Skopje.

The NGO alliance has noted a total of 22 statements contained in the book that they say show blatant discriminatory speech against various social groups.

One quote suggests that men should choose ugly wives to have peace of mind because "beauty is known to cause problems" and leads to jealousy.

"Many men had serious problems over their beautiful wives. On the other hand, many popular proverbs have pointed out that men whose wives are ugly enjoy peace of mind and can sleep at ease," the textbook reads.

"Many female persons whose hair is cut short and do not wear typical feminine adornments, and are constantly wearing pants - have difficulties in accepting their own sex," another quote states.

Talking about personal space in modern homes, the textbook states that while every household member usually has some part of the home, "most often a room or a corner", to call his own, "the kitchen is mostly the personal space of the housewife", adding: "In many homes, one knows where the father sits and where the mother sits".

"According to some studies, the relation towards home changes throughout life. The condition of homeless people is not optimal and they are to be pitied," another disputed statement reads.