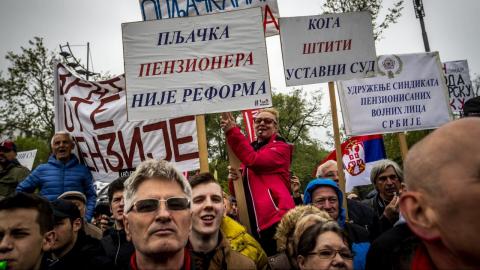 Political elites and their grip on power are the main driving force behind state capture in the Western Balkans and Turkey, a new Transparency International report asserts.

Lidija Prokic, Regional Advisor for Eastern Europe at Transparency International, says the new report shows "the mechanisms through which particular groups are able to exert undue influence on state functions, to such an extent that the state serves their interests over the public good".

"The main factors we have identified are control over the judiciary, to stop corruption prosecutions from moving ahead, and tailor-made laws, i.e. legislation which effectively legalises corruption by prioritising particular interests over others," Prokic told BIRN.

"These mechanisms have a profound effect, which means that decisive action is needed from governments to tackle them at their root," she added.

The report analysis high-level corruption cases and illustrates "how patronage and clientelist networks and schemes operate both at country and local levels to abuse public office".

"The cases demonstrate that the power of political parties and the loyalty they command are key ingredients in the success of such networks," the document says.

According to the report, state capture "is understood as efforts by private actors and public actors with private interests to redirect public policy decisions away from the public interest, using corrupt means and clustering around certain state organs and functions".

The report says that "a prominent characteristic"...