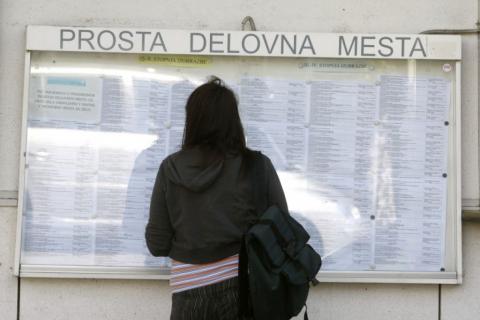 During the January-November period, about 90,500 persons registered as unemployed, a 35% increase on the same period in 2019, Bobnar noted at today’ briefing.

The year-on-year rise was most significant in the case of furloughed workers or people whose companies had gone bust. Among those who lost their jobs was also a larger number of persons who had seen their fixed-term contracts expire.

At the end of November, the unemployed register numbered more than 84,100, up by 16% year-on-year.

In the past two months, the number of vacancies dropped by some 20%, most notably in culture, recreational activities, traffic, warehouse services, retail and the hospitality sector, Bobnar said.

“Certain activities have been hiring on a significantly larger scale,” he said, highlighting manufacturing, construction, transportation services and social care activities as such areas.

Compared with other European countries, Slovenia’s unemployment rate is somewhere in between, he noted.

Since the start of stimulus measures, the Employment Service has received more than 160,000 applications for the furlough or short-time work schemes for over 600,000 workers. “The figure is truly high, however we manage to process the applications in 14 days on average,” Bobnar said.