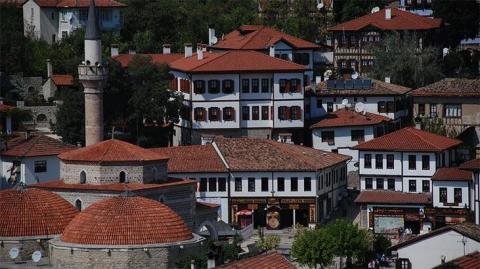 Safranbolu, a district of the Black Sea province of Karabük that has become famous for its preserved historical buildings from the Ottoman period, marks the 26th anniversary of its entry into the UNESCO World Heritage List on Dec. 17.

After almost two decades of being declared an urban site on Dec. 17, 1994, UNESCO decided to add the Safranbolu district to its list of World Heritage sites, permanently etching its place in history. Together with Istanbul, it became one of the first places in Turkey to be included in the world heritage list on a city level.

The town's identity changed after it gained world heritage status as the abandoned historical mansions that are the most important building blocks of Turkish urban culture were opened for use, deteriorated cobblestones were rebuilt, monumental buildings were restored, and nearly-forgotten handicrafts were revived.

Thanks to its success in protecting the riches of the 18th, 19th and 20th centuries, millions of tourists visited the city in 26 years, where 1.3 million people visited just last year, including excursionists.

There are about 2,000 traditional homes in the city, 800 of which are officially protected by the government, and among the historical buildings that attract tourists include frame houses, mosques, inns, Turkish bathhouses, fountains and shrines.

The bazaar, made up of 48 stalls and built in 1661 by Grand Vizier Köprülü Mehmet Paşa in order to fund the foundation which formed a part of his...