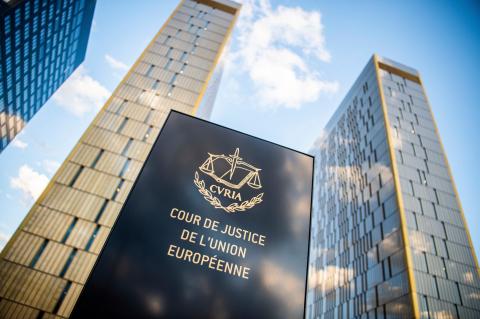 Ljubljana – The newspaper Delo says in Friday’s front-page commentary that Slovenia’s lost battles at the European Court of Justice are a defeat of the country as a whole, especially its diplomacy, politicians and legal experts.

The European Court of Justice’s decision that Slovenia breached the inviolability of ECB archives in a 2016 police search of archives at the country’s central bank rounds off a series of three high-profile Slovenia’s cases in Luxembourg, which all ended to the country’s disadvantage.

At the beginning of the year, the court said that a lawsuit Slovenia had brought against Croatia over its refusal to implement the 2017 border arbitration award is inadmissible and in September the General Court of the EU dismissed Slovenia’s appeal to annul the European Commission’s decision to allow Croatian wine producers use the name of Teran wine, protected by Slovenia, on their wine labels.

“Although the three cases are unrelated, and they each have their own complicated history, they are leaving a bitter aftertaste,” Delo says noting that Slovenia suffered another defeat on Wednesday when the European Court of Human Rights ruled that it does not have jurisdiction to hear a case brought by Slovenia against Croatia over the debt Croatian companies owe the defunct Ljubljanska Banka (LB).

In 2014, Slovenia lost a battle with LB savers from Croatia and Bosnia-Herzegovina, worth hundreds of millions euros.

The list of failures related to Croatia would be even longer if we add to it the outcome of the arbitration on the non-supply of electricity from the Krško nuclear power plant and the non-implementation of the Mokrice memorandum on the stopping of court procedures against the defunct LB Zagreb.

In the three Luxembourg cases that ended this year “short-sighted political stubbornness” was evident in particular making decision-makers overlook the circumstances that predicted failure in the court room.

In the ECB investigation, the first response of the then powerful ECB boss Mario Draghi made it clear that they are ready to go all the way. Ljubljana should have made more effort for a compromise solution, Delo says.

The Teran story had since the start been more about scoring political points than genuine efforts to protect the interests of winemakers and in the case of border arbitration with Croatia, there was no obvious reason why the lawsuit should be rushed during the 2018 election period.

“One of the lessons of the Luxembourg cases is that the EU court is not an institution where domestic conflicts or political issues can be solved. A deeper and wider consideration would be needed before Slovenia goes into another court battle,” Delo says under the headline High Price for Political Stubbornness.