A Russian and Three Bulgaria Citizens Indicted in US 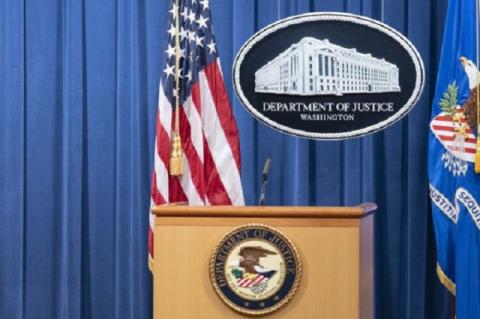 One Russian and three Bulgarian citizens face criminal charges in the United States for illegal export of strategic technologies to Russia, the US Justice Department reported. The names of the Bulgarians are Dimitar Dimitrov, Milan Dimitrov and Mariana Gargova, and the Russian is Ilias Sabirov, TASS reported.

Earlier, the U.S. Department of Commerce published a blacklist of individuals and entities that threaten the national interests and security of the United States. Russian companies Cosmos Complect and Sovtest Comp, as well as Ilias Sabirov, are on the list.

According to the indictment filed in court in Austin, Texas, on December 18, the four suspects purchased and exported from the U.S. to Russia without government permission integrated circuits, the main application of which is in spacecraft, military equipment and medical electronics.

Prosecutors claim that Sabirov heads Cosmos Complect and Sovtest Comp, which control the Bulgarian-registered company Multi Technologies Integration Group (MTIG). It was through MTIG that the illegal transactions were made.

Time and again, we find the Russians attempting to get access to sensitive American technology.  The defendants here are charged with exporting radiation-hardened chips to Russia, knowing that it was illegal to do so and establishing a business in Bulgaria to circumvent U.S. enforcement authorities," said Assistant Attorney General for National Security John C. Demers, cited by Deutsche Welle.

According to the investigation, in 2014 the defendants met with a manufacturer of radiation-hardened components in Austin and were informed that these schemes could not be exported to Russia due to us-imposed trade restrictions. Sabirov then founded MTIG in Bulgaria and acquired...

Bulgarian-Macedonian Historical Commission: Tsar Samuil was a Ruler of the Bulgarian Kingdom

Bulgaria: Consumers are Cutting Back on Food Purchases