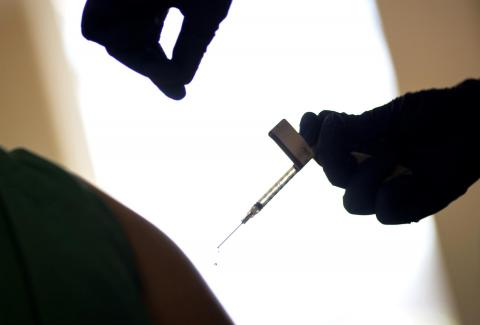 Travellers were facing a nightmare holiday season on Dec. 21 with governments banning flights from Britain to contain a fast-spreading variant of the coronavirus, as the European Union approves its first vaccine and readies a mass rollout.

More than two dozen countries from India to Argentina suspended flights from the U.K. offering a bleak reminder that the pandemic is far from over.

"I'm basically just at their whim as to whichever restrictions they decide to impose. I could literally be trapped here," said Shaun Thompson, a Briton who flew to spend time with his wife's family in Poland - one of the countries to have banned U.K. flights.

The World Health Organization's emergencies chief Michael Ryan tried to temper the alarm by stressing the situation was not "out of control", shortly after a British minister used those exact words to describe the new spread of the new variant.

While experts say there is no evidence the U.K. variant of the virus - one of several mutations - is more lethal or will affect the impact of vaccines, it may be up to 70 percent more transmissible, according to early data.

Concern over the mutated strain sent European stocks, oil prices and the British pound plunging and transport changes unleashed chaos for travellers and truckers ahead of Christmas.

"It's inhuman not to give people more notice. My boyfriend is out in Turkey, I want to get back to him," said Beth Gabriel Ware, a 23-year-old Briton who recently came home to visit her parents - but is now among those stuck there longer than intended.

Thousands of people are still dying daily from the virus that has claimed at least 1.69 million lives since it first emerged in China late last year.