Nedovic's 39 points not enough for the Greens 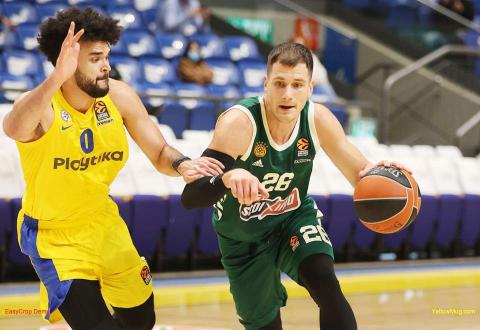 Panathinaikos and Olympiakos lost some ground this week in the Euroleague, as their road defeats pulled them further away from the top-eight of the table that leads to the playoffs.

On Tuesday Panathinaikos went down 89-81 at Maccabi Tel Aviv, despite putting up a strong resistance to the hosts, threatening the Giannis Sfairopoulos-coached team with an upset.

However the spectacular showing by Nemanja Nedovic (39 points on the night) was not enough for the Greeks to turn the game on its head after reducing a deficit of 15 points, as no other Panathinaikos player went into double figures.

The Greens are now on a 5-10 record, languishing at the 15th spot of the table.

A day later Olympiakos had a similar fate at Fenerbahce, going down 84-77 in Turkey for its eighth defeat in 15 matches. The Reds are going into Christmas on the 10th spot.