New round of Trump clemency benefits Manafort, other allies 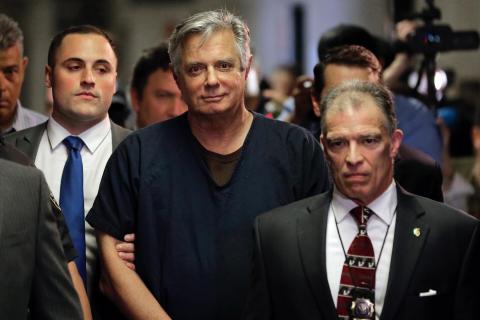 President Donald Trump pardoned more than two dozen people, including former campaign chairman Paul Manafort and Charles Kushner, the father of his son-in-law, in the latest wave of clemency to benefit longtime associates and supporters.

The actions, in Trump's waning time at the White House, bring to nearly 50 the number of people whom the president has granted clemency in the last week. The list from the last two days includes not only multiple people convicted in the investigation into the Trump campaign's ties to Russia but also allies from Congress and other felons whose causes were championed by friends.

Pardons are common in the final stretch of a president's tenure, the recipients largely dependent on the individual whims of the nation's chief executive. Trump throughout his administration has shucked aside the conventions of the Obama administration, when pardons were largely reserved for drug offenders not known to the general public, and instead bestowed clemency on high-profile contacts and associates who were key figures in an investigation that directly concerned him.

Even members of the president's own party raised eyebrows, with Republican Sen. Ben Sasse of Nebraska issuing a brief statement that said: "This is rotten to the core."

The pardons on Dec. 23 of Manafort and Roger Stone, who months earlier had his sentence commuted by Trump, were particularly notable, underscoring the president's desire to chip away at the results and legacy of special counsel Robert Mueller's Russia investigation. He has now pardoned four people convicted in that investigation, including former national security adviser Michael Flynn and campaign adviser George Papadopoulos, who pleaded guilty to lying to the FBI.

US and EU Warning - Russia Massed over 150,000 Troops on Ukraine's Border

Russia to Withdraw from International Space Station, Plans Launching Own One