Turkey seeks extradition of journalist Can Dündar from Germany 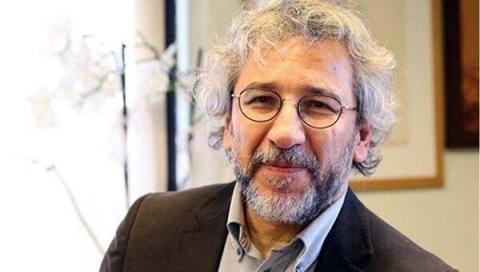 Presidential Communications Director Fahrettin Altun has called for the extradition of Can Dündar, the exiled former editor-in-chief of the Cumhuriyet daily who has been sentenced to more than 27 years in jail on espionage and terror charges for one of the paper's stories.

"Can Dündar was convicted on charges of espionage and assisting a terrorist organization. To call him a journalist —and his sentence, a blow to free speech— is an insult to real journalists everywhere. Instead of endorsing his crimes, our counterparts should extradite him to Turkey," he tweeted on Dec. 23.

A local court on Dec.23 found Dündar, who fled to Germany in 2016, guilty in connection with an article about an alleged Turkish arms shipment to Syrian rebels fighting President Bashar al-Assad.

German Foreign Minister Heiko Maas criticized the ruling as a "hard blow against independent journalistic work in Turkey," which he called a fundamental right.

Dündar was first jailed in 2015 over the paper's allegations that Turkey's MİT intelligence service was funneling weapons to Syrian insurgents in trucks. He was sentenced to nearly six years in May 2016 for "obtaining and disclosing classified documents related to the security of the state" but released pending an appeal. The journalist was attacked by a gunman outside Istanbul's main courthouse during that hearing. Dündar fled to Germany later that same year.

The Supreme Court of Appeals reversed Dündar's conviction in 2018. The Istanbul...