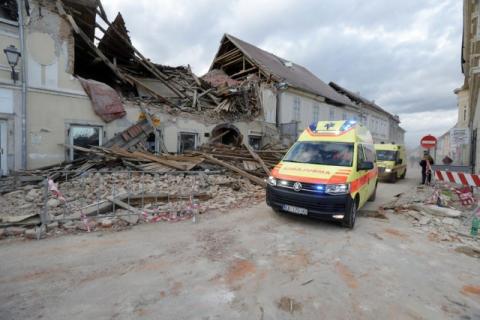 Some people from the earthquake-affected area spent the second night outside.
"Occasionally we set cars on fire, I am accompanied by my son, grandson and a neighbor who is alone, so she is with us. We stayed and waited for the containers. The house was demolished. We hope for the help of good people," a man told Index.hr.