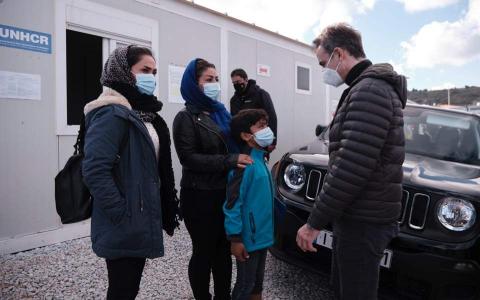 The Greek government will move swiftly with a tender for the construction of a new up-to-standard center for the reception and identification of migrants on the eastern Aegean island of Lesvos, Prime Minister Kyriakos Mitsotakis said on Thursday.

"It was a joint agreement with the president of the [European] Commission that we will find a site on which all - or as many as possible - of the local actors would agree on," he said during a visit to the temporary tent city of Kara Tepe.

The camp replaced the notoriously overcrowded centre in Moria, which burned to the ground last September.

The deal signed with the EU states that the new facility will be up and running by the beginning of September 2021. Its capacity will be 5,000 people.

"We said we would close Moria. Of course we did not expect it to close the way it did in the end, but all for the best,"...