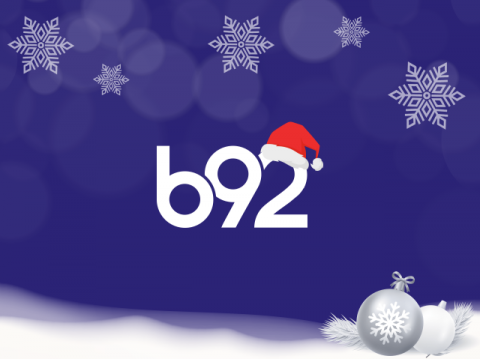 2020, therefore, has now officially passed and it is easy to guess what it will be remembered for.
Yes, the coronavirus pandemic changed our lives radically and probably disrupted all the plans we had.
In addition to huge human losses, it also affected the mental health of many, brought humanity before an almost certain financial crisis, and exposed some hitherto hidden shortcomings.
In 2020, there were wars, internal unrest around the world, raised tensions, deaths of some of the world's favorite personalities - from Kobe Bryant, Diego Maradona, Sean Connery to, closer to us, Patriarch Irinej and Metropolitan Amfilohije, Goran Paskaljevic, Isidora Bjelica, Dzej Ramadanovski, Ivan Bejkarev, Neda Arneri, Ilija Petkovi, Radomir Anti... There was mostly no sport - at least not the way we were used to and hoped for, as well as concerts, movies, theater performances.
But not everything that happened in 2020 was bad. If nothing else, 2020 showed us that in spite of everything - the world will not stop. It will slow down, it will adjust... but it will not stop.
The year ahead will bring, in addition to the answer to the question when life will begin to return to "normal", the answers to many other questions asked by the citizens of Serbia, as well as the region and the world.
Serbia still faces many challenges - growth of living standards, preservation of peace and stability in the region, the issue of Kosovo and Metohija, our country's path to the EU... Neighbors also have their worries - some are waiting for the elections, some are waiting for life after the elections and the change of government, some are looking for their way to Europe, and some are wondering - when will the ground under their feet stop shaking.
The world, on...