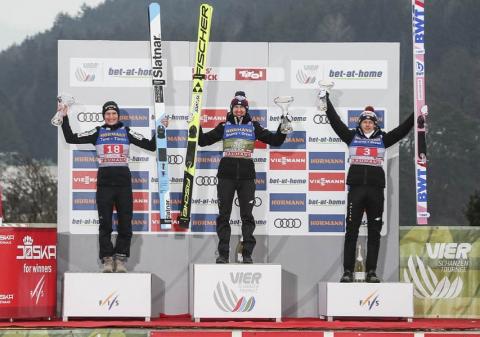 With jumps of 127.5 and 123.5 metres, Lanišek was bested only by Poland’s Kamil Stoch, who also took the overall lead in the Four Hills Tournament standing going into the final event in Bischofshofen on Wednesday. Poland’s Dawid Kubacki was third.

Lanišek has been the standout performer on the Slovenian team this year, having already finished third in the opening World Cup event in Engelberg, Sweden.

He is the only Slovenian in the top ten in the overall World Cup rankings.