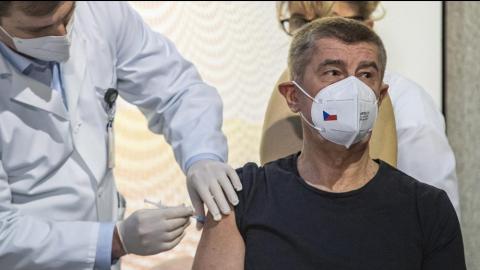 That said, there's plenty of time for spin, scandal and scheming to change the course. "It will be interesting to see how Ano's marketers will camouflage Babis's failures in leadership," Otto Eibl, an assistant professor in political science at Masaryk University, told BIRN.

It's a contest that also looks set to formally introduce a new election format, with the traditional fight of left versus right to be replaced by a face-off between mainstream and populist parties.

"There's no equilibrium now," asserted Professor Vladimira Dvorakova, director of the Masaryk Institute of Advanced Studies at the Czech Technical University. "We've always had a competition pitching centre-right against centre-left, but now the left has practically disappeared."

Babis's populism has proved so effective that Ano has all but devoured the support of its left-wing coalition partners, and both the Social Democrats (CSSD) and Communist Party (KSCM) are at risk of seeing their support drop below the 5 per cent threshold for entering parliament.

The same threat - as well as the whiff of Ano's blood carried by the polls - has pushed the mainstream to form election coalitions. Both Spolu, featuring the conservative Civic Democratic Party (ODS), Christian Democrats and Top 09, and the centrist coalition being built by the Pirate Party and the Mayors and Independents (STAN) are polling just behind Ano's 25 per cent or so.

At the same time, there's a long way to go and Czech political history is littered with failed efforts at...