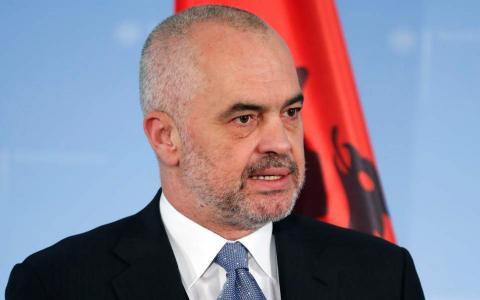 Later in the day, Greek Prime Minister Kyriakos Mitsotakis will have a dinner for his Albanian counterpart that will also be attended by the foreign minister.

Rama is currently in Ankara, escorted by a delegation of government officials. The Albanian government has not issued a formal statement on Rama's visit to the Turkish capital, although it reportedly followed an invitation by Turkish President Recep Tayyip Erdogan.