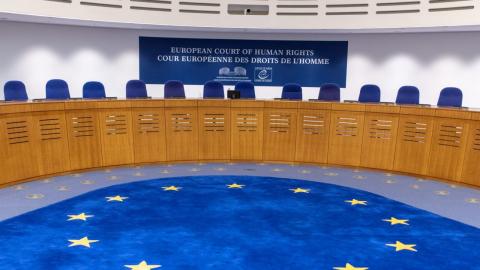 The best-known among them is the Sejdic-Finci case, brought by Dervo Sejdic and Jakob Finci, members of Bosnia's Roma and Jewish communities who, under Bosnia's postwar constitution, are barred from running for parliament or the presidency given that they do not belong to any of the country's 'constituent peoples' - Croats, Bosniaks or Serbs.

There have been four attempts to implement the judgements of the Strasbourg court.

All of them were unsuccessful, and each was characterised by an unrealistic deadline of several weeks or a couple of months. The work of drafting amendments to the electoral law or constitution frequently failed to get off the ground.

And now the clock is ticking on the so-called Mostar Agreement. It already looks like a dead letter.

EHCR not the only court Bosnia is ignoring

As early as December 2010, ECHR judge Faris Vehabovic identified "five key issues" behind the previous failures in constitutional reform, and warned they were "likely to be the cause of future failures": (1) the institutional set-up established by the constitution created as part of the Dayton peace deal that ended the 1992-95 Bosnian war, (2) the psychology and mentality of ethnic groups in an environment of political mistrust, (3) the fragmentation of the party system within an ethnic group, (4) the indifference and disunity of the international community, (5) disrespect for the constitutional order.

Ten years on, these reasons are still relevant and may explain the failure to reach agreement on the text of constitutional amendments.

The non-execution of the ECHR's judgments is no surprise, given...