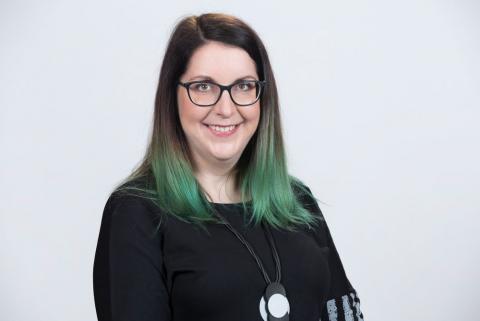 Ljubljana – Jasna Hengović, a software developer at Cosylab, has become the Woman Engineer of the Year, as this accolade has been given out for the third year to encourage young women to study science, technology, engineering and mathematics (STEM).

Together with her colleagues, the winner develops software and integrates it with hardware for the most advanced systems in the world, such as ITER, ESA, CERN or ALMA.

She is most proud of the software developed for hospitals to improve cancer treatment as part of proton therapy.

The co-organisers of the event, Mediade company, said the winner had the key component of a good role model: top expertise and innovation as well as true humanity.

The Woman Engineer of 2020 jury sees Hengović’s story as an inspiration to the young to challenge stereotypes and study what they really enjoy.

Ten candidates from 53 entries were shortlisted in the competition, which addresses the “invisibility” of women engineers in society.

Last year the title went to Aida Kamišalić Latifić from the Maribor Faculty of Electrical Engineering and Informatics, who came to Slovenia as a Bosnian war refugee in 1992.

At today’s online ceremony, she said the young needed role models, so engineers should step out of their comfort zones and present their stories to the broader public.

Data for 2018 show Slovenia had the largest share of women STEM graduates in the EU, said Medeja Lončar from Siemens Slovenia and Siemens Croatia, who gave the initiative for the competition. However, she noted that STEM enrolment and understanding talent are being only slowly revived.