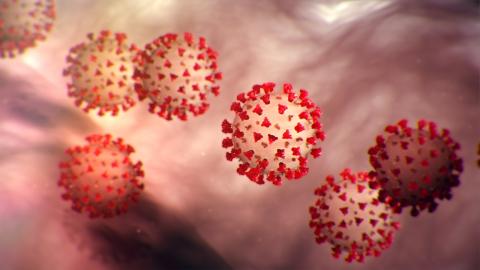 Ljubljana – A total of 3,354 coronavirus infections were confirmed in Slovenia on Tuesday from a combined 22,194 PCR and rapid antigen tests, the highest daily number of cases yet, as the positivity rate for PCR tests hit a record high, government data show. A further 31 Covid-19 patients lost their lives.

The daily number of cases from both types of tests is up by 853 from the day before and compares to the previous high of 2,611 logged on 27 October, when only PCR were counted as valid.

Addressing the daily briefing, Nuška Čakš Jager, deputy head of the Centre for Infectious Diseases at the National Institute of Public Health (NIJZ), suggested the rise in infections in recent days was mainly due to private gatherings and family reunions over the holidays.

She cited case statistics as showing infections among care home residents were decreasing, while cases were rising among other groups of the population, in particularly those aged 25 to 34, and to an extent those between 45 and 54 years of age.

“That, along with the survey among the infected confirms the likeliest reason for the increase in transmissions was private gatherings and family reunions during the holidays,” said Čakš Jager.

She said a further increase in infections was expected in the coming few days, but NIJZ was not planning to recommend any new restrictions for the time being as recommendations in place such as those pertaining to social distancing “should suffice to contain the spread of infections if everyone stuck to them”.

Kacin said potential new measures or changes to the existing ones could be expected at the government session on Thursday after the government meets in its Covid-19 format in the afternoon today.

After Croatia confirmed a Scottish strain of the novel coronavirus yesterday and several countries, including Austria, reported having confirmed the fast transmittable British mutation, Kacin said an analysis conducted by the Institute of Microbiology and Immunology of the Ljubljana Faculty of Medicine had not yet detected the presence of the British variant in Slovenia.

The number of patients hospitalised with Covid-19 dropped by 16 to 1,177 after 106 were discharged and 114 were newly admitted. The number of those in intensive care units dropped by six to 182, Kacin said.

NIJZ data show Slovenia has confirmed 131,787 coronavirus cases since the start of the pandemic with an estimated 21,697 cases still active.

According to tracker site covid-19.sledilnik.org, the latest deaths bring the country’s death toll from Covid-19 to 2,899.