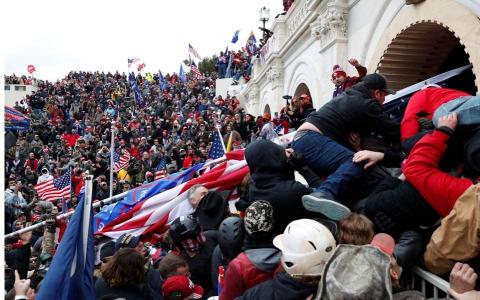 Speaking to Kathimerini after the halls of US Congress in Washington were stormed last Wednesday by a mob in the wake of a rally by US President Donald Trump, the US Capitol Police Officers' Union chairman, Gus Papathanasiou, said he "never thought the Capitol would be breached."

"When you are a police officer, especially in Washington, DC, you go to work every day and you don't know what to expect," Papathanasiou said, switching between English and fluent Greek.

"I never thought I would ever experience something like this," he said, arguing that the police knew there was going to be a lot of people in Washington, DC that day, and that the rally had been planned in advance.

"We just didn't know they were going to storm the Capitol and come inside during a joint session of Congress," he stated, noting that it was the first time it had happened since the...