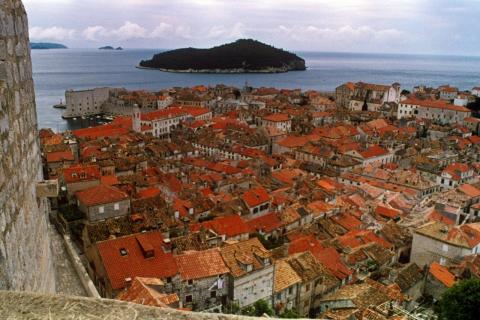 On receiving another ruling by Dubrovnik's County Court that he should be extradited to face charges Monaco, British oil-industry whistleblower Jonathan Taylor has announced an appeal.

In a decision issued on December 31, 2020, which Taylor received on Monday, the court found that "the legal preconditions for extradition have been met".

In October last year, Croatia's Supreme Court quashed an earlier Dubrovnik Court ruling allowing Taylor's extradition to Monaco, asking the court, among other things, to first seek assurances from Monaco that Taylor will not be subject to capital punishment or torture.

The court says the principality has since provided Croatia with all the necessary assurances for extradition and that his rights will not be endangered, although Taylor and his lawyers say they doubt that he could expect a fair trial.

"I have now appealed the decision to extradite me to Monaco … How long must I suffer alone in my exile until I receive justice in Croatia?" Taylor told BIRN.

In 2014, Taylor helped lift the lid on $275 million worth of bribes paid by his former employer, Dutch multinational SBM Offshore, to secure oil industry contracts around the world, resulting in penalties against the Monaco-based company of more than $800m.

On July 30 last year, Taylor was arrested at Dubrovnik airport under an Interpol red notice based on an allegation of "bribery and corruption".

The allegation stems from a complaint that SBM Offshore filed in 2013, that Taylor tried to extort money from the company while negotiating compensation for leaving. He said a Monaco court had already thrown out the claim two years berfore and accused SBM Offshore of trying to "discredit and destroy" him.