Croatia in 2021: Bumpy Road Ahead Before Economy Recovers 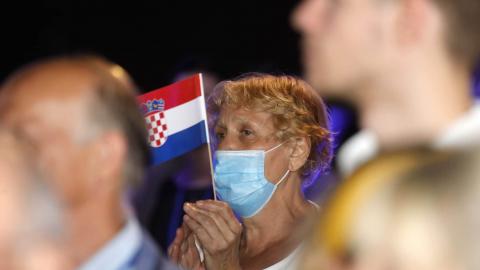 Marcelic noted that Croatia has already seen a drop in employment and in the economy. "An additional problem is inconsistent crisis management that certainly creates dissatisfaction [among people]," he said.

"There will be various discussions in public and dissatisfied voices, but confirmation of how the government has managed the crisis will come in large part in the local elections, which we know will take place in May," he added.

Will capital finally get a new mayor?

The first half of 2021 will be marked by the campaign for the local elections. Eyes are mostly focused on the capital, Zagreb, which has been ruled for more than two decades by Mayor Milan Bandic, a figure involved in numerous corruption scandals.

Although many citizens are very dissatisfied with Bandic, and there is much speculation in the media that he will not get another term, Marcelic says his victory in the mayoral race cannot be excluded.

He says voters are distributed in Zagreb roughly evenly between right-wing and left-wing coalitions, with the right bloc having one seat more than the left bloc.

According to him, if Bandic enters the second round, he can count on a solid corps of voters for whom it is most important that the left is not in power.

Another analyst, Zarko Puhovski, said the question is whether the left and right...

Quarantine word of the year 2020