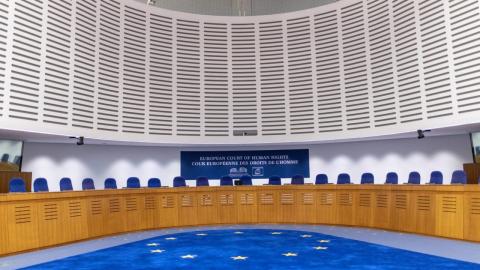 The European Court of Human Rights ruled in a decision that was made public on Tuesday that 11 current, former or retired officers of the Yugoslav Army and the Army of Serbia and Montenegro were not denied a fair hearing by the courts in their legal battle over allegedly underpaid salaries.

The officers who brought the case to the ECHR in Strasbourg court have been pursuing a legal claim in both military and civilian courts in Serbia for almost two decades, alleging that their salaries were not correctly calculated and paid to them.

The allegations were made against the Ministry of Defence of Serbia and Montenegro, the post-Yugoslavia union of states that existed from 2003 to 2006.

The officers claimed that the Ministry of Defence had not "properly and regularly determined the coefficient for salary calculation" according to the legally-approved formula for deciding on military personnel's wages at the time, so for several years they allegedly received a monthly income that was significantly lower than it should have been.

The case they brought to the ECHR arose from a meeting in 2004 between representatives of the Serbian Supreme Court, one of first-instance courts and then Ministry of Defence. The officers claimed that as a result of this meeting, the Supreme Court could not be regarded as independent or impartial.

The ECHR's judgment said that the officers claimed that after meeting a representative of the Ministry of Defence, "the Supreme Court had allegedly changed its practice on the matter in issue and influenced the other courts on how to adjudicate".

However, the ECHR ruled that "the meeting between the judges and the Ministry's representative was not a private communication on a pending case, but a public meeting...