Former US Ambassador to Bulgaria: Time for Harassment of North Macedonia Is Over 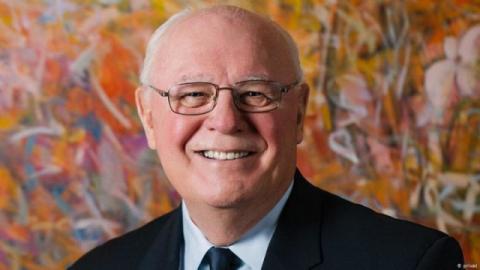 Bulgaria has made a big mistake, the time for harassment of North Macedonia is over, says former US Ambassador to Sofia James Pardew. On events in his homeland, he commented briefly and clearly: "Trump has disgraced us, he's finished."

Mr. Pardew, you're a military man and a diplomat. You saw what happened in Washington last week. How will the image of the United States be restored, and how will American society find the strength to overcome these events?

- Yes, President Trump's call on far-right thugs to attack the United States Congress was shocking to Americans and did serious damage to the Image of the United States around the world. But it also marked the end of a disastrous Trump administration. He broke his oath and disgraced the nation he represents. Trump is finished.

As a former U.S. Ambassador to Bulgaria and one of the initiators of the Ohrid Agreement, you know the Balkans well. Do you keep track of the current tensions between Sofia and Skopje? What is your assessment and what is the official position of the US State Department?

- I'm following events in the Balkans. And I feel close to both Bulgaria and North Macedonia. I think it is a mistake for the Bulgarian government to block the process that will lead to North Macedonia's accession to the European Union.

On the contrary - Bulgaria should be a champion of North Macedonia's EU membership, not an adversary. Because...