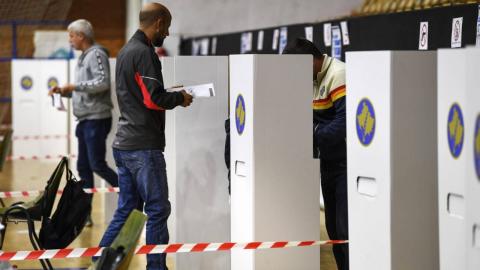 "We believe and have given sufficient arguments in the complaint that we have given to the ECAP [Election Panel for Complaints and Appeals] today that there are enough factors to reject it [the decision] because the CEC [Central Election Commission] has taken a decision that violates constitutional rights," Lirim Krasniqi, the co-director of Germin, told media.

Krasniqi insisted that Kosovo's current legislation has "sufficient opportunities for the verification of applicants for registration because… all those who apply together with the application attach their identification documents and sign the application".

Kosovo will hold new parliamentary elections on February 14, after the Constitutional Court ruled that the current government is not legitimate because it was voted in with an invalid vote from a MP who had been convicted of a crime.

The Central Election Commission decided on Monday that the period for the registration of voters outside Kosovo will run from January 13 to January 21. It said it will check applications from abroad by telephone, and if the applicant does not answer, their application will be rejected.

Liza Gashi, an expert on migration and the diaspora and a former deputy foreign affairs and diaspora minister, told BIRN that the decision violates the "voting rights as basic rights of Kosovo citizens that live abroad, guaranteed by the constitution of the Republic of Kosovo".

Gashi claimed that the election commission is "attempting to suppress the vote from abroad… instead of thinking of alternatives to make the voting process easier".

Kosovo's Acting President Vjosa Osmani wrote to the commission on...