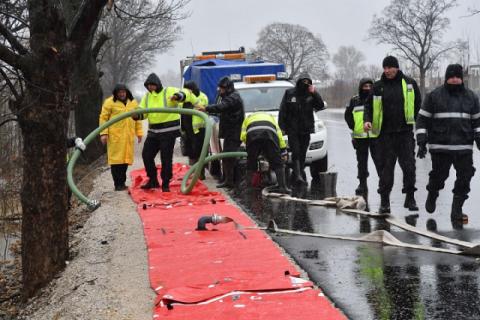 More than 100 residential areas in the northwestern regions of Bulgaria were left without power last night owing to the damage caused by the heavy rains. Energy company crews are making repairs and work will continue until power supply is restored.

The situation is most severe in western Bulgaria.

In Sofia, without electricity were those living in "Zaharna Fabrika". There are also problems with the power supply in Vratsa and Mezdra and the surrounding villages.

A state of emergency was declared in the municipalities of Strumiani and Tran. The Bulgaria-Greece gas pipeline was threatened in the region of Strumjani Municipality because of the heavy rains.

The Erma River has overflown its banks, in Batanovtsi more than 25 residents had to be evacuatedbecause of the floods and there were drowned animals. Under a partial state of emergency are Pernik and Radomir. The amount of water that is released from the Studena Dam has doubled.

The situation in the villages around Sofia remains complicated. There was a risk that entire villages would be flooded, but the situation is under control, there is no danger for people, said Sofia Mayor Yordanka Fandakova.

There are flooded houses in the Novi Iskar area. The damage worth will be reported within the day, but the level of rivers should drop, fire crews have been working through the night building up dykes.