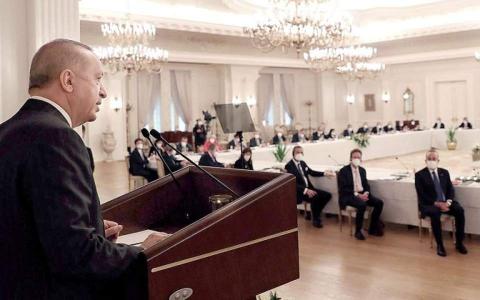 In the runup to the resumption of exploratory contacts on January 25, Turkey is seeking to set the agenda, adding issues it wants to negotiate despite Greece's insistence that the sole topic for discussion is the delimitation of maritime zones between the two countries.

More specifically, according to the Turkish news agency Anadolu, Ankara wants to discuss issues ranging from the demilitarization of the islands to search and rescue areas.

What's more, during their meetings on Tuesday with European Union ambassadors in Ankara, Turkish President Recep Tayyip Erdogan and Foreign Minister Mevlut Cavusoglu on the one hand expressed their satisfaction over the imminent resumption of exploratory contacts with Greece, while at the same time accusing Athens of provocative actions.