Emphatic displays by Reds and Greens 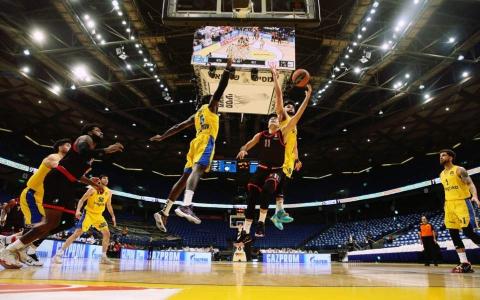 Olympiakos and Panathinaikos produced two very convincing performances and secured important wins at the start of a double week in the Euroleague, as the Reds edged out host Maccabi in Tel Aviv and the Greens dismissed Villeurbanne in Athens.

Maccabi is always a tough place to visit, but on Tuesday Olympiakos managed to emerge victorious with an 89-87 score even if it needed overtime to do it.

The Piraeus team matched its host that has its former coach Yiannis Sfairopoulos on its bench, and always closed the gap the Israeli team tried to open. The insistence of Maccabi to try triples with a very low success rate (22%) played into the hands of the Greeks who finished the extra five minutes on top after a 73-73 regulation result.

Kostas Sloukas led Olympiakos with his 21 points and 11 assists, having Giannoulis Larentzakis second him with his 13 points.