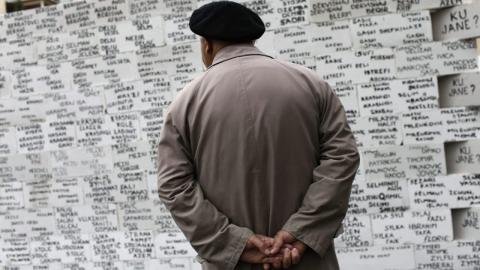 Kosovo-based human rights and transitional justice NGO Integra accused public broadcaster Radio on Wednesday of censoring its radio drama series 'Living with the Memories of the Missing' after an episode told the story of a Serb woman whose husband disappeared as a result of the 1990s conflict.

Integra said that the episode, the second in the series, was broadcast on December 21, but was not aired again the day afterwards as planned because Radio Kosova halted the broadcasts.

"The only truth is that they only wanted to broadcast stories of Albanian victims," Kushtrim Koliqi, the director of Integra, told BIRN

Koliqi said the directors of Radio Kosova told him that "they were unaware of the episodes with ethnic Serb victims, despite having the episodes beforehand".

"I met them after the refusal to rerun the second episode and they explicitly said that 'we do not want to give space to Serb victims especially in the current circumstances', making the connection with the Specialist Chambers [where former Kosovo Albanian guerrillas are awaiting trial for war crimes]," he added.

"We have also had stories of the war from other [ethnic] communities in a similar format to Integra's project," Luma told BIRN.

He explained that Radio Kosova was concerned that the episode could be seen as interference in an ongoing legal case because it mentioned "slanderous things that have been proven wrong".

He said that Radio Kosova asked Integra to make...