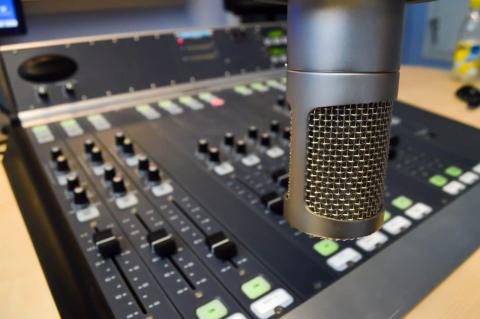 Following news that Slovenian Radio Student will lose its funding from the Student Organisation of the University of Ljubljana, SOU, many NGOs, faculties, unions, local and international press freedom watchdog organizations have voiced their support for "one of Europe's oldest and strongest non-commercial, alternative radio stations".

Its editor-in-chief Matjaz Zorec told BIRN that relations between the student organisation and Radio Student have been bad for years and that everything worsened after the recent election of the main student body. Its session, held at the end of last year, then proposed to allocate the radio "zero euros".

"Now there is a public alarm… Our request is not that complicated, 120,000 euros, that's a little more than 4 per cent of their budget," Zorec said.

According to Radio Student, the reason for the latest budget cut is critical reporting on the SOU structure and management.

While support from the SOU represents less than a fourth of radio's total funding, its withdrawal would jeopardise the whole funding structure which derives from the co-funding of various national and European projects.

"We are financed through Slovenian and European projects, but we cannot do these projects without this money [from SOU]. If we do not have that money, it is a radical cut," Zorec said.

SOU, on the other hand, says the real problem is a constant reduction of funds for the entire student organisation. In 2010, the SOU's financial plan foresaw revenue of 7.5 million euros, dropping to only 2.9 million in 2021, it said on January 6.