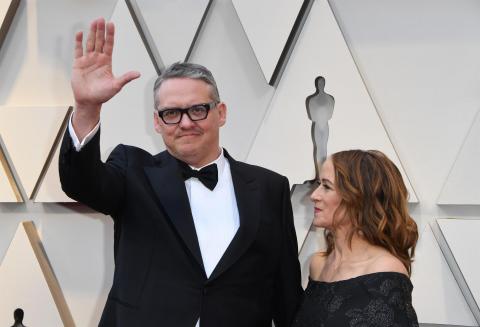 Already the master of 2020's pandemic-era movie landscape, Netflix on Jan. 12 offered a preview of upcoming 2021 releases, a list with no fewer than 70 star-studded feature films.

The sneak peek is unusual for the streaming giant, which historically has dropped news of only one film at a time - a testament to its clout as it easily surpasses the release volume of every Hollywood studio.

From drama, comedy and science fiction to horror and even Westerns, the slate will take in every major film genre before the year is out, with some releases poised as potential competition for major awards.

Among the most-anticipated titles is "Don't Look Up," from filmmaker Adam McKay of "The Big Short" and "Vice" fame and starring Leonardo DiCaprio.

"The Harder They Fall," a Western co-produced by Jay-Z and with a primarily Black cast including Regina King and Idris Elba, also promises to be one to look out for.

But the list included premier dates for only 10 of the titles - from early January to mid-March.

The announcement - via a brochure on the streamer's website - was accompanied by a short video presented by "Wonder Woman" star Gal Gadot, "Jumanji" lead Dwayne Johnson and "Deadpool" actor Ryan Reynolds.

The directors featured on the slate include notable names such as Jane Campion for "The Power of the Dog," Halle Berry and Lin-Manuel Miranda in both of their first spins behind the camera.

Johnson, Gadot and Reynolds will appear in "Red Notice," an action film with a $160...