From Passive Tolerance to Acceptance: Czech Activists Fight to Bring LGBT Rights Out of Closet 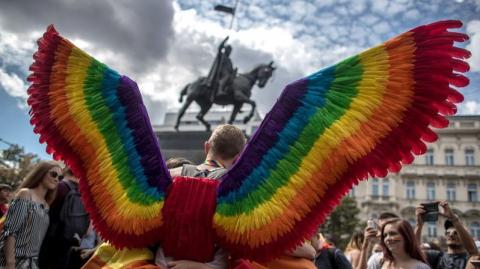 "It's absurd," Horakova lamented. "The bill for the legalisation of same-sex marriage is becoming known as 'one of the oldest bills' in parliament. Legislators have a duty to vote on any law submitted to them, not sweep it under the carpet."

Blaming a lack of political will from the ruling ANO party despite Prime Minister Andrej Babis's personal support for the bill, Horakova noted that most of the major Czech political parties remain divided over the issue and would rather keep internal differences at bay. "The Czech Republic is still stuck in the past," she said, adding that the chances of any change to the status quo before October's parliamentary elections are becoming slimmer.

With support for same-sex marriage hovering around 60 per cent of the population, the Czech Republic could easily be portrayed as in the avant-garde of the former Eastern Bloc in terms of LGBT acceptance. Homosexuality was decriminalised in 1962, earlier than even in many Western European countries, while pro-LGBT organisations have been flourishing since the early 1990s.

However, according to Michal Pitonak, head of Queer Geography, the scientific arm of Jsme Fer, these promising figures and long history of activism do not necessarily reflect active support among the population today. "The Czech Republic is highly apathetic towards the issue of sexual minorities. The average Czech doesn't see LGBT rights as a daily concern or topic worth discussing," he explained. "Most Czechs believe LGBT people already have enough security and that current laws are sufficient."

Those laws include registered partnerships, which have benefited more than 3,600 gay couples since coming into existence in the Czech Republic in 2006, as well as a 2016 ruling by the Czech...